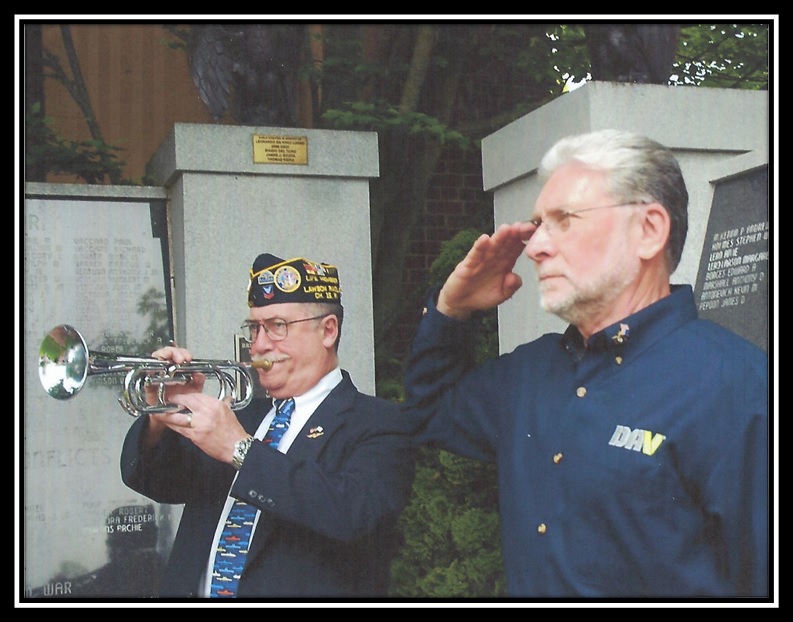 Lived in Portsmouth for 17 years 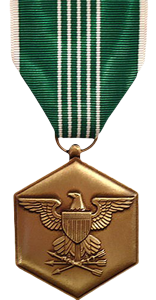 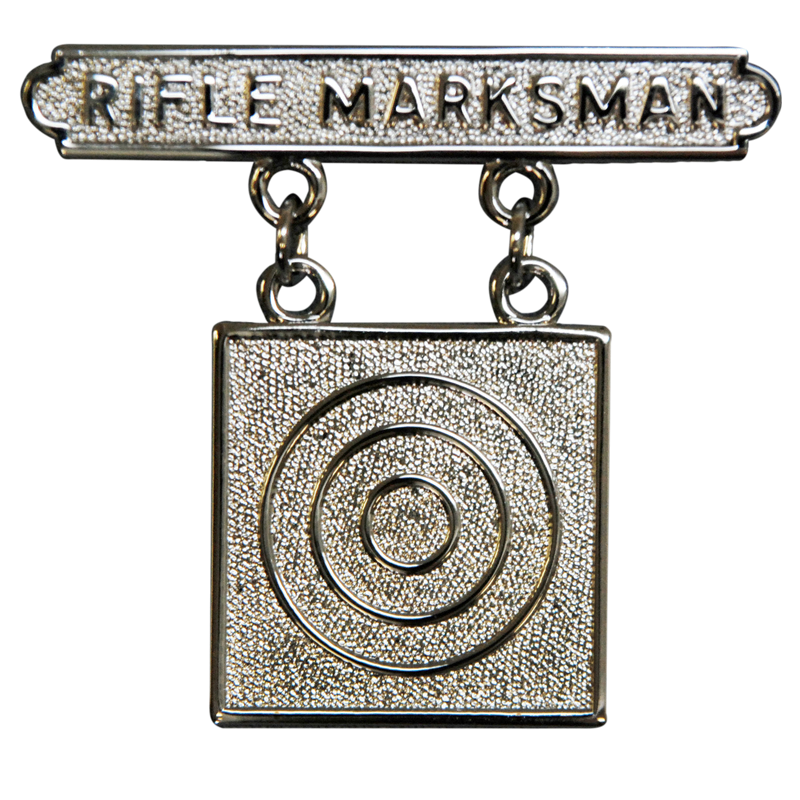 “The number one clinical priority is to prevent suicide for all veterans, not only the veterans who come to the VA, but all veterans in the area, actually, and all veterans across the whole country,” said Stein. “70% of the veterans who die by suicide have not been connected to the VA within the last couple years, so we want to make sure that we go out into the community, we contact family members, friends, community members, and let them know about the VA — and that it is a major public health concern.”

Coelho, a Vietnam veteran and member of the Portsmouth Veterans Honor Roll Committee, spoke to the importance of veterans connecting with other veterans, to check-in on their well-being.

“It’s important, if you can connect, make the call to an old buddy that you haven’t spoken with, or a friend you have connected with in years, just checking in, saying how’s things going with you, nice to hear to you to talk, maybe have lunch together,” said Coelho.

“And who knows, all of a sudden you get something from one of them that says life isn’t going so great for me, you know you can say, well, let’s get together, and let’s talk about it, because we know what’s going on with each other — we know what we’ve been through, so we can talk about it,” said Coelho.

On Saturday October 12, the Dare to Dream Ranch in Foster will host a “Battle Buddy Retreat,” to provided resources — and support — for veterans.

“Battle Buddies exchanging experiences, challenges, resources, and tactics to live life to the fullest — a day of Veteran to Veteran Wellness,” states the event. 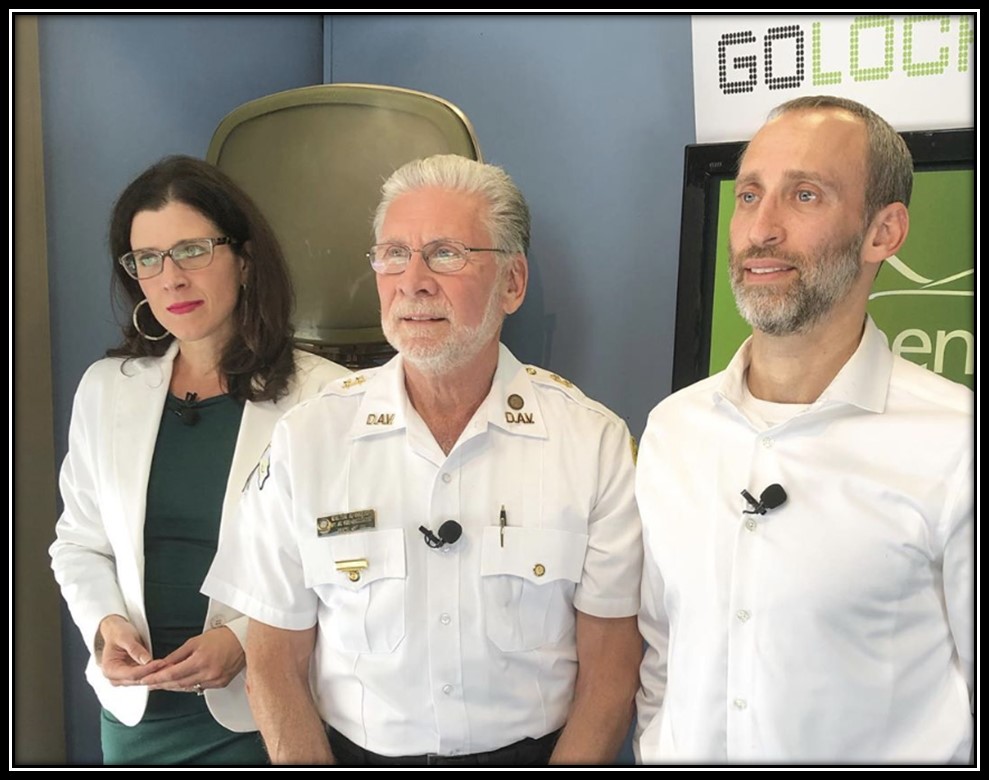 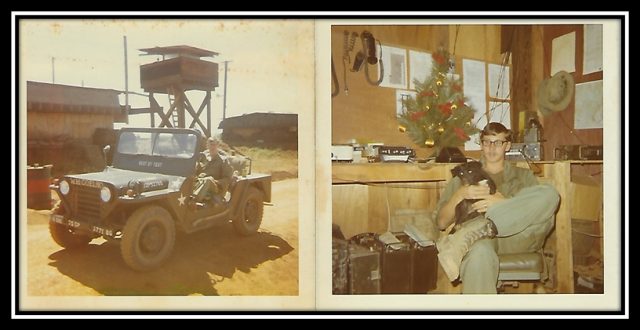 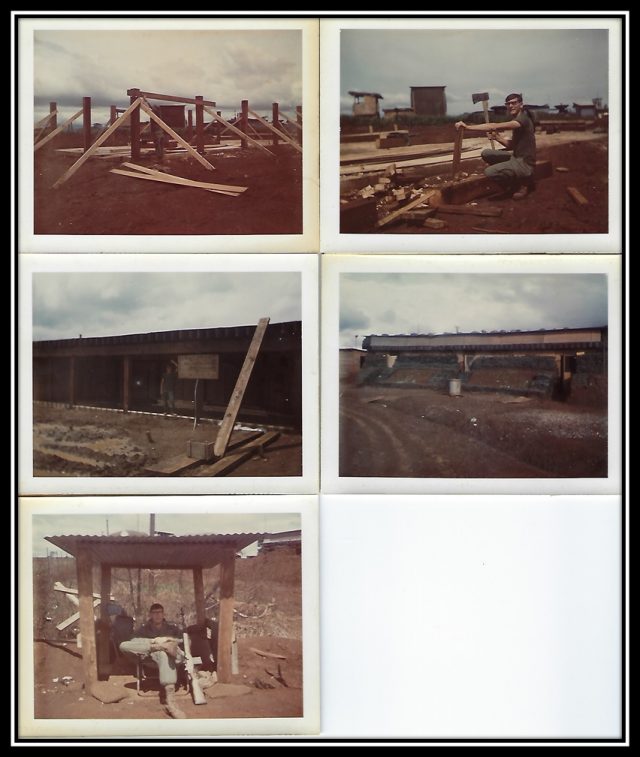 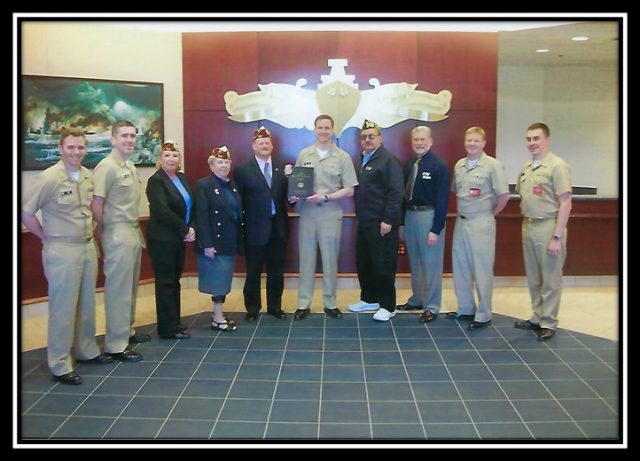 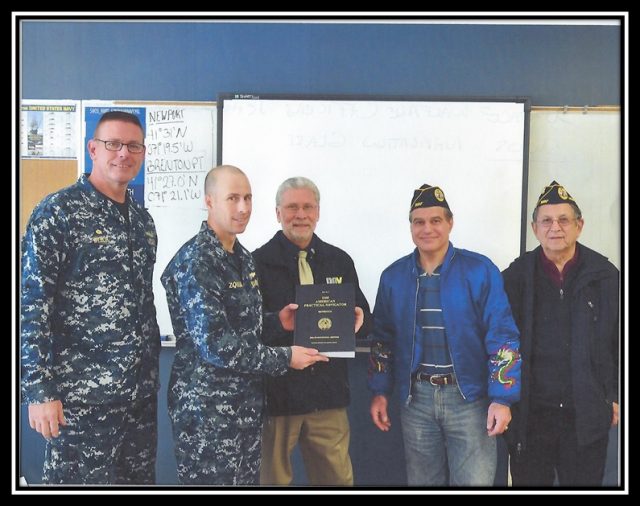 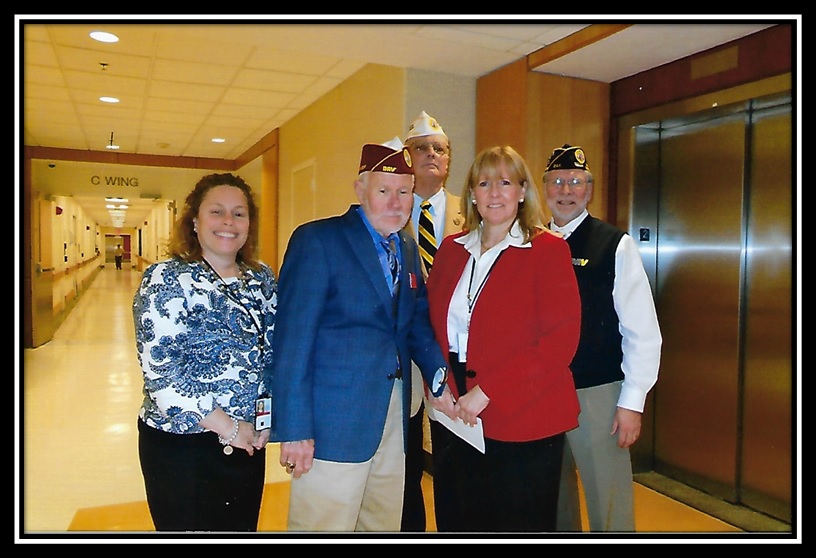 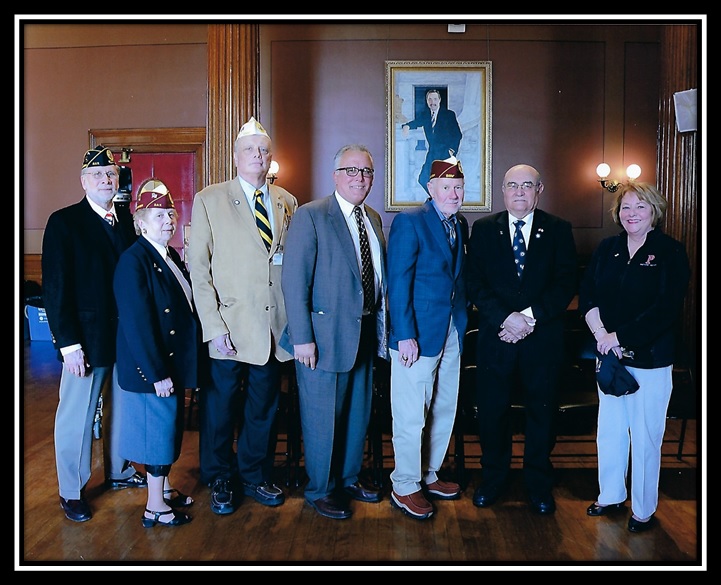 2018 George Amaral, a Veteran of WWII and Wally Coelho, President of the Bristol Veterans Council 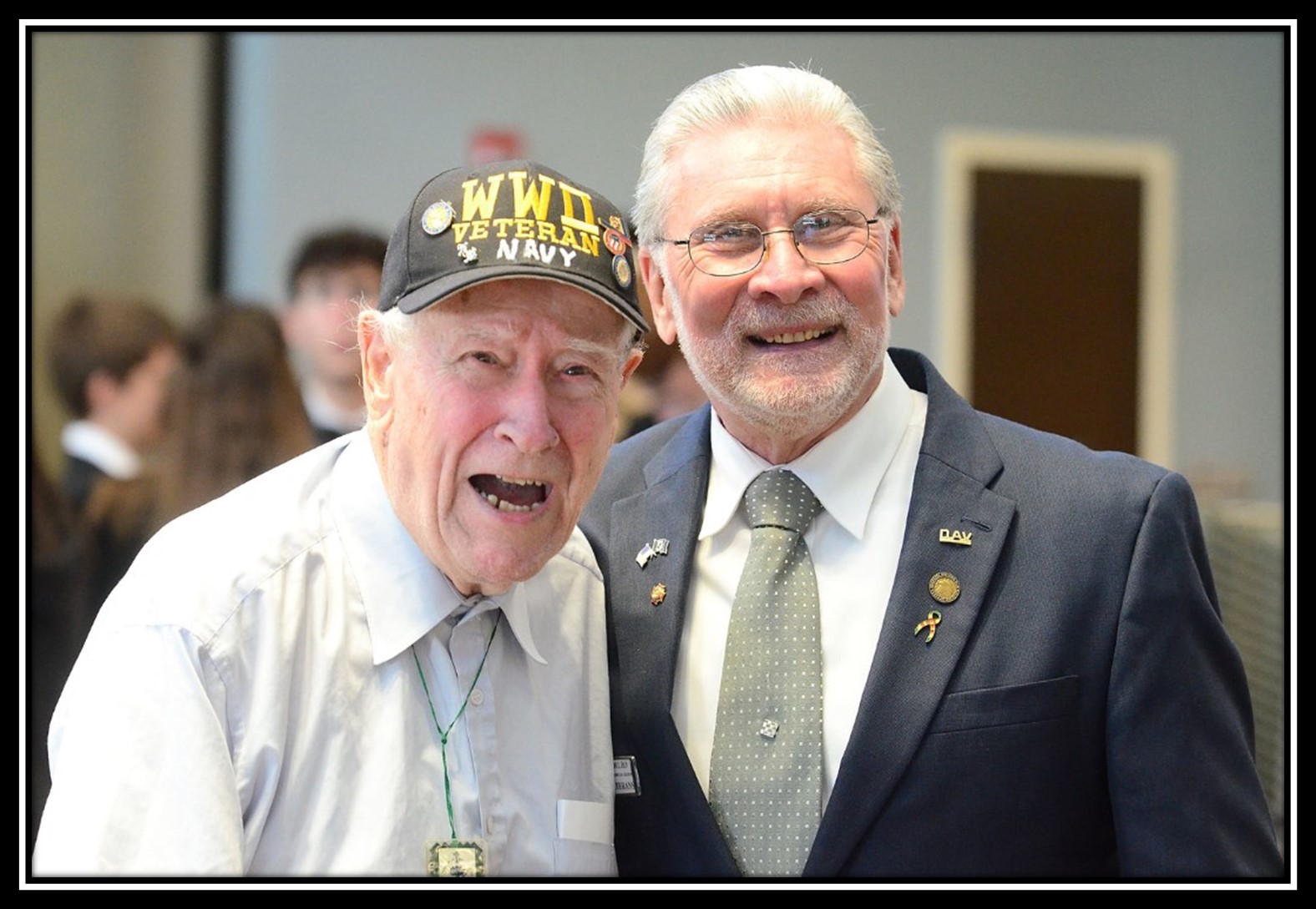 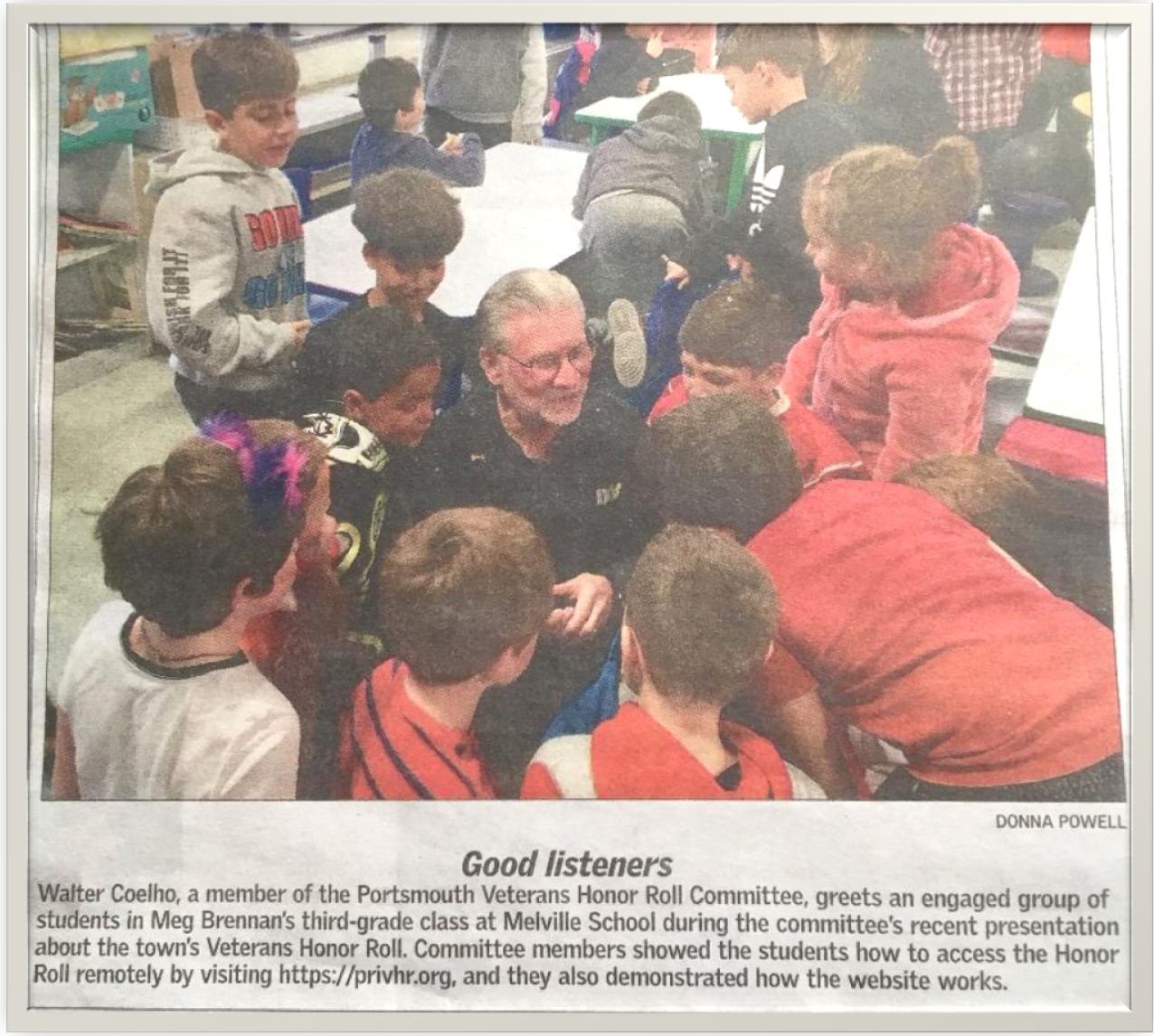 Thank You Letter from students 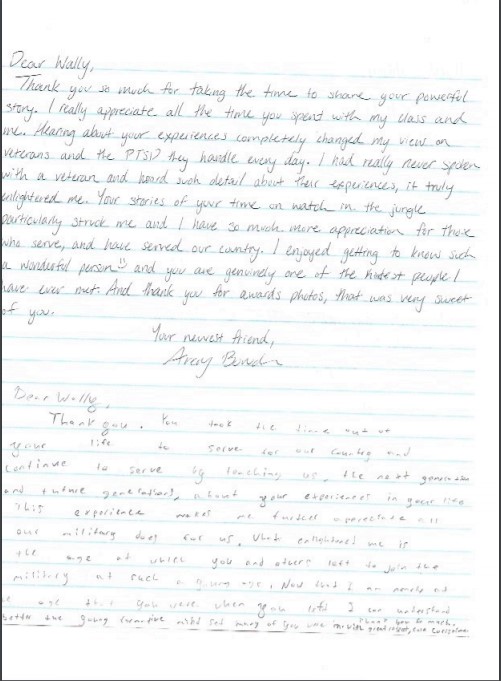 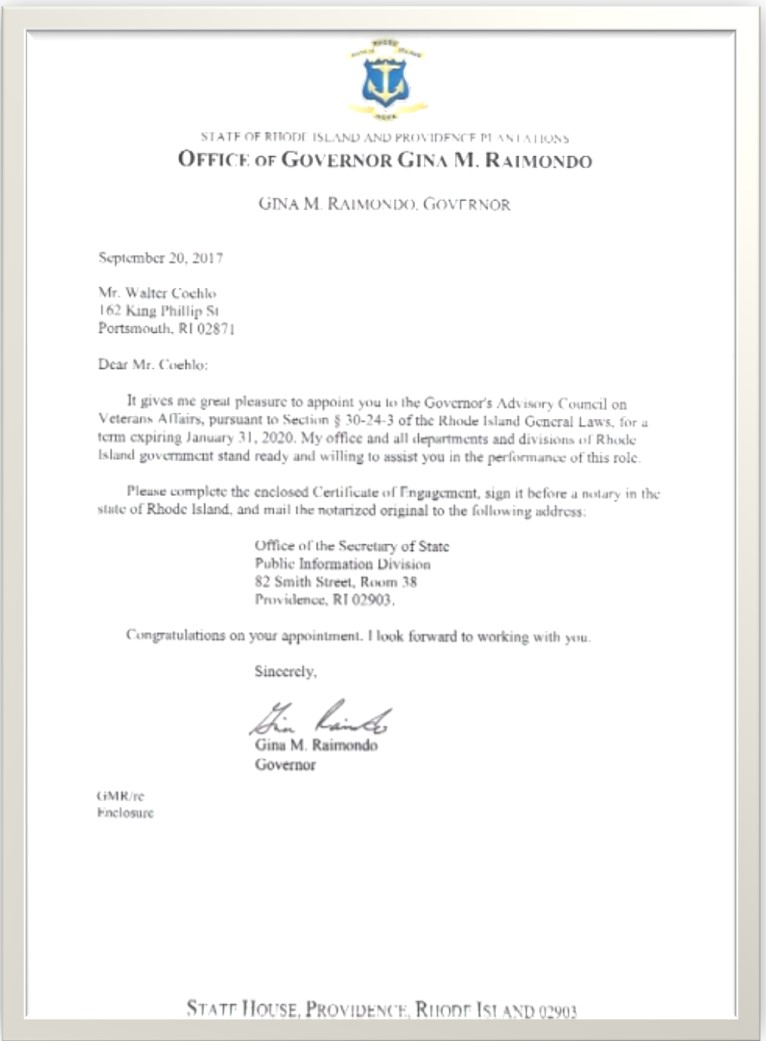 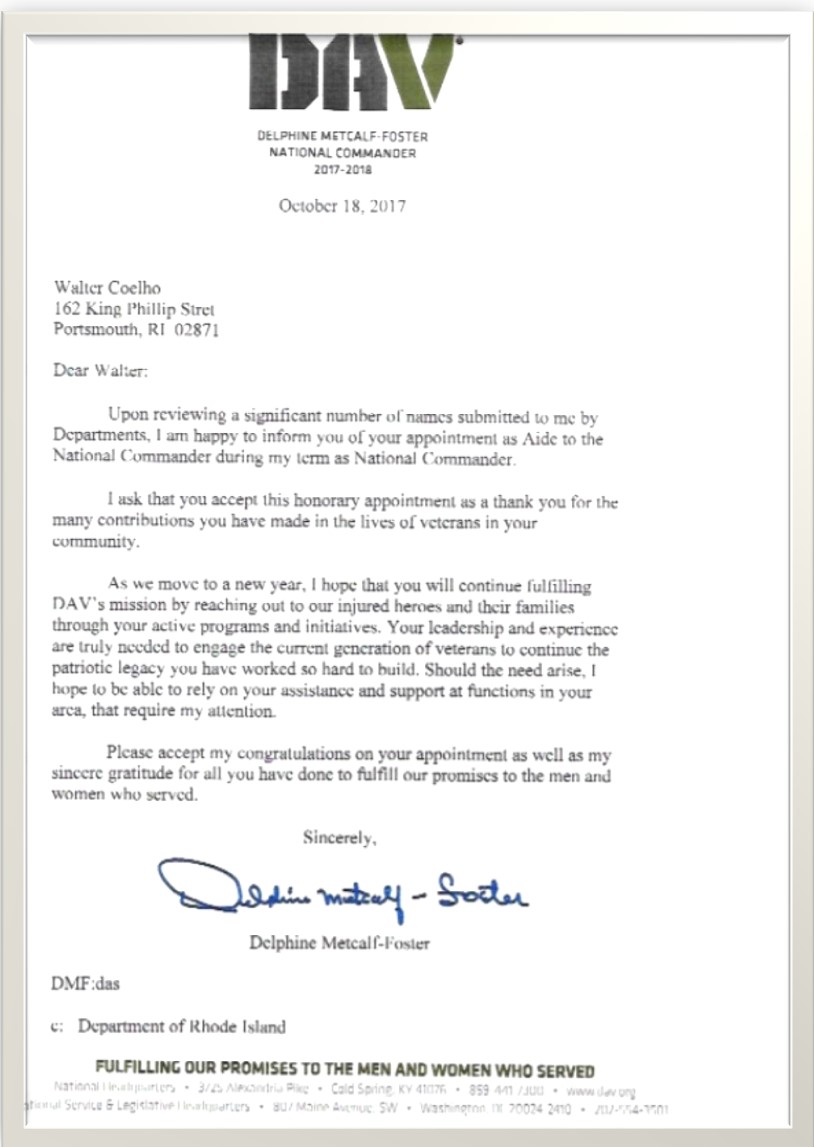 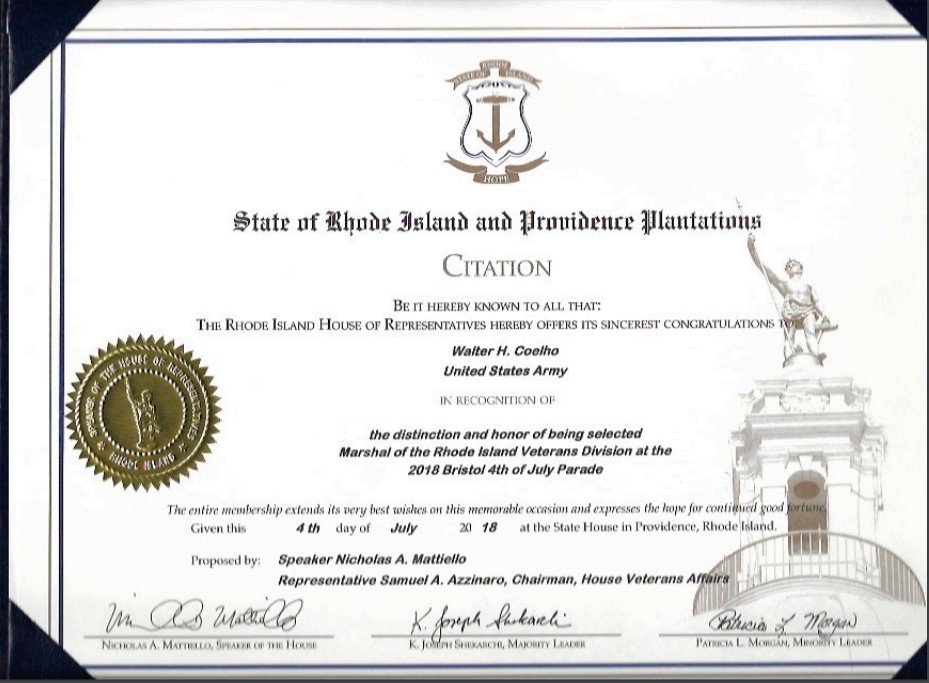 During this Memorial Day weekend, I interviewed for the project, Wally Coelho, my aunt-by-marriage’s father who is a veteran of the Vietnam War. Wally is one of the kindest people I have ever known. He’s an extremely generous, uplifting man, the type you instantly love. Part of his character, comes from the way he’s chosen to move past his experiences during the war. Wally says that all soldiers have PTSD, and many aren’t able to cope with the intense psychological demands required to lead a normal life after war. Wally, however, has used those memories to keep him going, and as he lives his life, he is constantly working to honor those that didn’t make it back with him. He volunteers at the Bristol Veterans home several times a week, he is the treasurer for Disabled American Vets, and is in the National DAV as chief of staff. He is on the Governor’s council for Veteran Affairs, which deals with things like making sure the VA hospital is in good condition, and he works on the Library of Congress National History Project, Voices of War, where he interviews veterans of different wars, mainly women. Because none of this is enough, he is a National Service Officer, so he makes sure everyone is in the VA system that should be. He is a trustee of The Veterans of Foreign Wars, and works with the scholarship programs for Patriot Pen and Voice of Democracy, as well as scholarship programs for eagle scouts and girl scouts. He also works on the Gold Star Family Project, which gets people together to help families who have lost their child in war. Most people wouldn ‘t care this much, yet Wally does. He does all this volunteer work into his retirement because he says it keeps hims serving. Wally, in one way or another, will always serve. It’s what keeps him going. This is his story:

Wally was 1 8 when he enlisted with his friend Val on “the buddy system.” He had just finished high school, and had decided not to go to college, so his father had him decide between getting a job, or entering the service. Wally chose the service, and when he joined, draft notice moved up his entry so despite being promised a summer, he began his training two weeks after school got out. He enlisted very unaware of the politics, and the events surrounding the war, including the heavy protest movement that was passing through the nation. Most of the young men who joined, he told me, weren ‘t much more informed about it than he was. They were still high school boys, involved with high school things, such as school work or girlfriends. Wally at the time was dating his wife of 46 years who he would marry before he left to Vietnam.

In the Vietnam War, you weren’t divided into units based on where you lived, as you had been in other wars, you were sent out individually. Wally, still a high school boy at heart, was sent all alone to North Carolina to begin his training. He excelled. For individual training, he was taught to be a carpenter for the Army Corps of Engineers. Again, he did very well. They then sent him to the NCO academy where he learned to build larger things such as bridges. At the NCO academy he was taught by civilians, and told that his class would be kept in the school as instructors, as opposed to being sent over to the war. Because he wouldn’t be fighting, Wally asked his girlfriend to marry him, delighted with the prospect of 6 more months of schooling, and that he had escaped the fighting. This was not to be. The Tet Offensive were a series ofNorth Vietnamese surprise attacks that started in the late hours of January the 30th 1967- March 28 1968. The operation was successful, and as a result many soldiers were killed. The army was now in desperate need of reinforcements and could no longer afford to allow a group of trained soldiers to stay home as instructors. This meant Wally would be fighting, and that his wedding had to be either pushed up, or postponed. It was decided they would marry beforehand, and two weeks later, Wally left to Vietnam.

Wally arrived at Cam Ranh Bay in Vietnam. It’s a picturesque area filled with sandy white beaches and clear blue water with a backdrop of the Vietnamese jungle. It was also far from the fighting. However Wally only stayed there a week or so before he was told he and his company were heading outside the city of Dalat. They were dropped into complete jungle, 100 miles north of the city, and told to clear that area, build a compound, and the 100 mile road to Dalat. This daunting task was assigned to group of soldiers, the majority of whom were reallyjust kids not long out of highschool. They began with clearing the land and creating the living spaces they nicknamed hootches. They went on to construct guard towers, mess halls, offces, the dayroom, and the communication center. While they were doing all this work, they were subject to mortar attacks and snipers at night, sent to disrupt their rest, and possibly kill them. Locals gravitated towards them for their food and protection. Most were grateful of the Americans’ presence, however none of the soldiers could be quite sure if civilians that worked with them by day, shot at them alongside the Viet Cong by night. 7 or 8 year old children, could also present a very serious danger to the soldiers, for they would be wired by the Viet Cong to detonate near soldiers, creating victims of bombs and compassion.

Every three weeks soldiers were sent on border patrols. They went around the perimeter to make sure no enemies had infiltrated the boundaries. Many men were lost on these missions into the jungle. Snipers were hidden in the foliage and landmines were planted all over. Everyone was terrified, not only for their lives, but for what they might see. For Wally thoughts of his wife back home were what kept him going. But when he returned back home, he was met by not only her and his family, but a nation with no respect for what he and his fellow soldiers had just experienced. He was even told when leaving Vietnam, not to wear his uniform through the airport, for soldiers who did were often spat at or called baby-killers.

Because of the lack of respect, and recognition he received as a Veteran when he first return, Wally works into his retirement to make sure that other veterans are treated differently by the community. Perhaps Wally is the only upside to the disgraceful exhibition of disrespect our nation showed to it’s soldiers who served in Vietnam, because he is driven by all the hardships and challenges in his life, and people like that don’t come around often.

I really enjoyed this assignment. I was able to learn about a period of time that really interested me. I was also able to get to know someone better than I did before. But when I talked to Wally, I wasn ‘t only given the opportunity to get to know him better, but I was also able to learn about what it’s like to be a soldier and what the experience of war does to a person. This experience is something that I will cherish for years to come and I am really glad I was able to do it. Thanks Mr. Tierney! 🙂