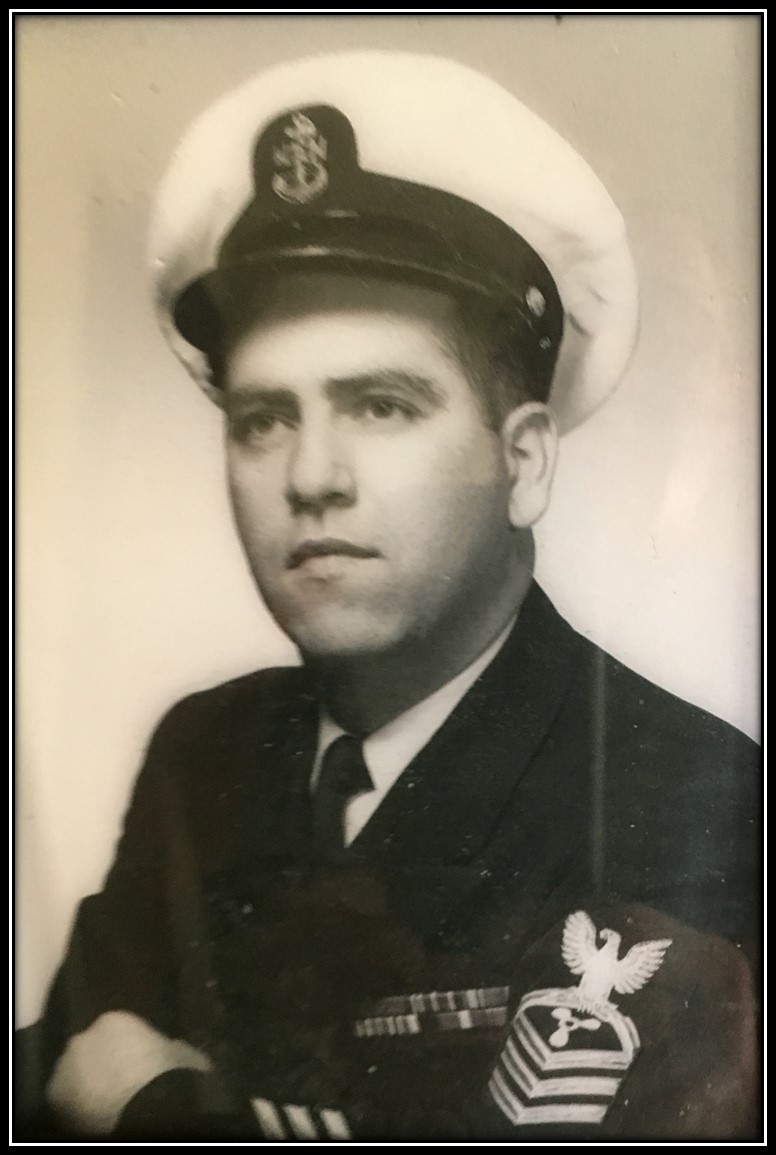 Lived in Portsmouth for 20 years 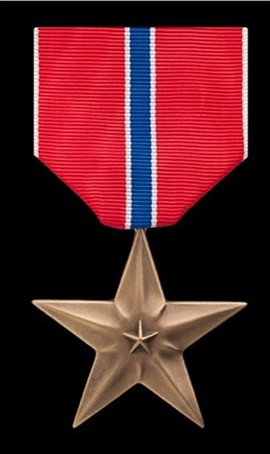 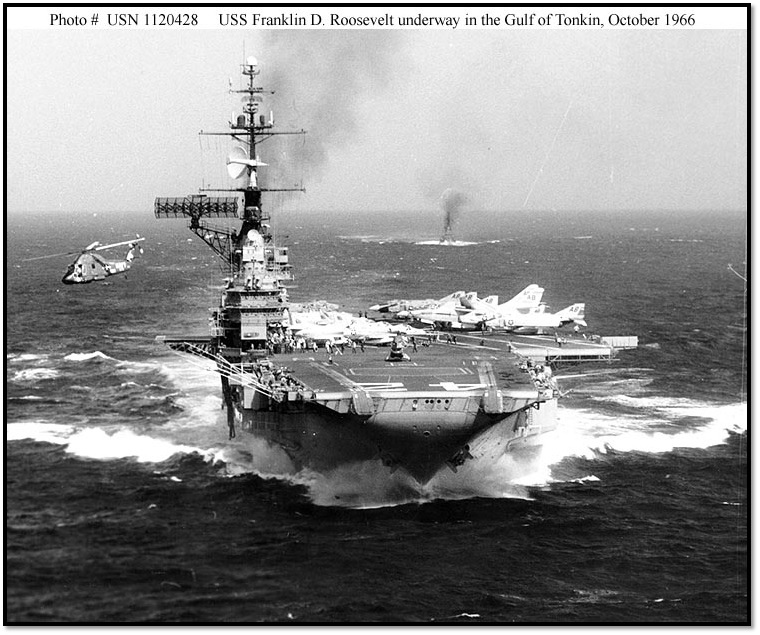 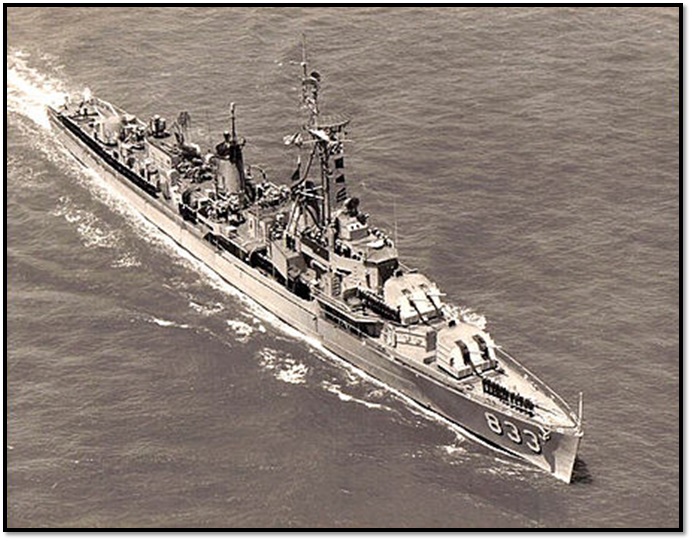 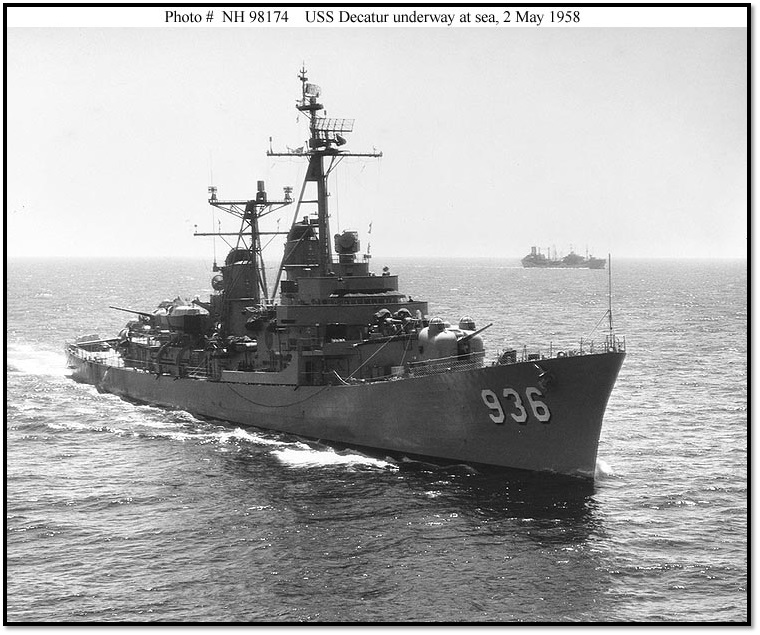 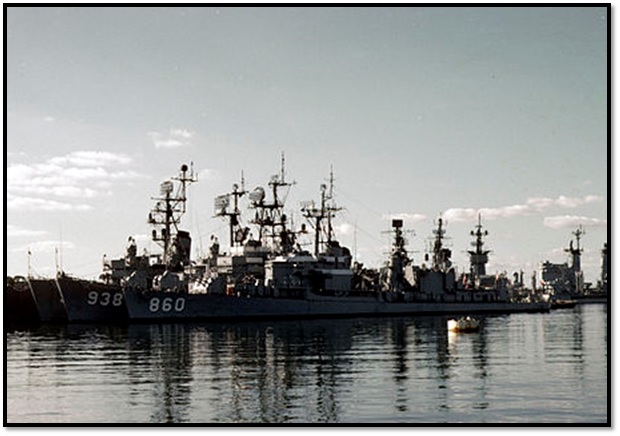 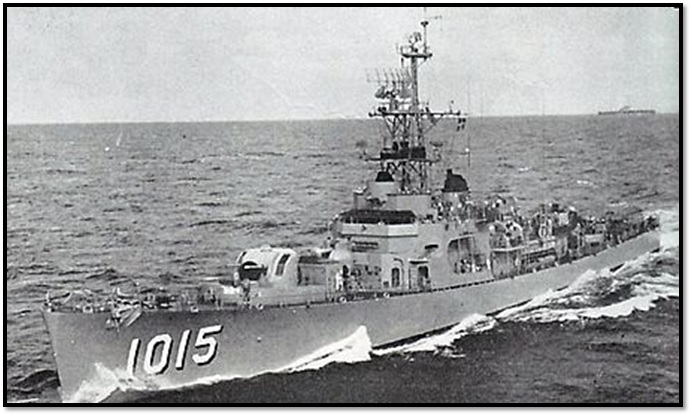 George enlisted in the Navy at the age of 17 and served over 20 years, spanning World War II, Korea, and Vietnam wars. During his tours of duty, he was a proud crew member of the USS Franklin D. Roosevelt (CVB-42), USS H. J. Thomas (DDR-833), USS MC Caffery (DDR-860), USS Hammerberg (DE-1015) ships. George continued to work for the government for another 20 years and retired as a civilian from Portsmouth Naval Shipyard in NH.

USS Franklin D. Roosevelt (CVB 42), USS H. J. Thomas (DDR 833), USS Goodrich (DDR 831), USS Decatur (DD 936), USS McCaffery (DDE 860), USS Hammerburg (DE 1015)
USS Franklin D. Roosevelt (CVB/CVA/CV-42) was the second of three Midway-class aircraft carriers. To her crew, she was known as “Swanky Franky,” “Foo-De-Roo,” or “Rosie,” with the last nickname probably the most popular. Roosevelt spent most of her active deployed career operating in the Mediterranean Sea as part of the United States Sixth Fleet. The ship was decommissioned in 1977 and was scrapped shortly afterward.
Early career
Roosevelt at commissioning ceremonies in 1945
Franklin D. Roosevelt was laid down at New York Naval Shipyard on 1 December 1943. Sponsor Mrs. John H. Towers, wife of the Deputy Commander-in-Chief, Pacific Fleet, christened the ship Coral Sea at the 29 April 1945 launching. On 8 May 1945, President Harry S. Truman approved the Secretary of the Navy’s recommendation to rename the ship Franklin D. Roosevelt in honor of the late president, who had died four weeks earlier.
Roosevelt was commissioned on Navy Day, 27 October 1945, at the New York Naval Shipyard. Capt. Apollo Soucek was the ship’s first commanding officer. During her shakedown cruise, Roosevelt called at Rio de Janeiro from 1 to 11 February 1946 to represent the United States at the inauguration of Brazilian president Eurico Gaspar Dutra, who came aboard for a short cruise. During April and May, Roosevelt participated in Eighth Fleet maneuvers off the East Coast, the Navy’s first major postwar training exercise.
On 21 July 1946, Roosevelt became the first American carrier to operate an all-jet aircraft under controlled conditions. Lieutenant Commander James Davidson, flying the McDonnell XFD-1 Phantom, made a series of successful take-offs and landings as Roosevelt lay off Cape Henry, Virginia. Jet trials continued in November, when Lt. Col. Marion E. Carl, USMC, made two catapult launches, four unassisted take-offs, and five arrested landings in a Lockheed P-80A.
Fleet maneuvers and other training operations in the Caribbean preceded Roosevelt’s first deployment to the Mediterranean, which lasted from August to October 1946. Roosevelt, flying the flag of Rear Admiral John H. Cassady, Commander, Carrier Division 1, led the U.S. Navy force that arrived in Piraeus on 5 September 1946. This visit showed U.S. support for the pro-Western government of Greece, which was locked in a civil war with Communist insurgents. The ship received thousands of visitors during her calls to many Mediterranean ports.
Roosevelt returned to American waters and operated off the East Coast until July 1947, when she entered Norfolk Naval Shipyard for an extensive overhaul. At that time, her quad 40 mm Bofors anti-aircraft guns were replaced by 40 3-inch (76 mm) Mark 22 guns in Mark 33 twin mountings.
Roosevelt at Pier 91 in Seattle, 1953 or 1954
From September 1948 to January 1949, Roosevelt undertook a second tour of duty with U.S. Naval Forces, Mediterranean. In 1950, Roosevelt became the first carrier to take nuclear weapons to sea. In September and October 1952, she participated in Operation Mainbrace, the first major NATO exercise in the North Atlantic. Roosevelt operated with other major fleet units, including the aircraft carriers USS Midway, USS Wasp, and HMS Eagle, as well as the battleships USS Wisconsin and HMS Vanguard.
Roosevelt was reclassified CVA-42 on 1 October 1952. On 7 January 1954, she sailed for Puget Sound Naval Shipyard to undergo extensive reconstruction. Too large to pass through the Panama Canal, Roosevelt rounded Cape Horn and arrived at the shipyard on 5 March. She was temporarily decommissioned there for her refit on 23 April 1954.
USS Herbert J. Thomas (DD-833) was a Gearing-class destroyer of the United States Navy. Named for Sergeant Herbert Joseph Thomas Jr., USMC, she was laid down on 30 October 1944 by Bath Iron Works Corporation, Bath, Maine; launched on 25 March 1945; sponsored by Miss Audrey Irene Thomas, sister of Sergeant Thomas; and commissioned on 29 May 1945, Commander Robert T. S. Keith in command.
Service history
1945–1949
After shakedown along the East Coast and in the Caribbean, Herbert J. Thomas transited the Panama Canal and joined the Western Pacific Forces supporting the occupation of Japan and Korea at war’s end.

After operations with the 7th Fleet out of Japan during most of 1946 and patrol duty in Korean waters, she sailed late November via Guam and Pearl Harbor, arriving San Diego on 21 December. Herbert J. Thomas sailed on 6 January 1947 via the Canal Zone arriving at Newport, Rhode Island on 6 February. Between February 1947 and 22 May 1950 she conducted operations along the East Coast and in the Caribbean and made three deployments with the 6th Fleet to the Mediterranean. During the latter part of 1948 she was assigned duty as a United States Naval Academy practice ship, giving six-day anti-submarine indoctrinations. Herbert J. Thomas was reclassified DDR-833 on 18 March 1949.
Korea, 1950–1953
Herbert J. Thomas had just returned from the Mediterranean and was in Cartagena, Colombia when hostilities broke out in Korea in June 1950. She immediately proceeded to Pearl Harbor and joined the Pacific Fleet. In July she joined Task Force 77 (7th Fleet Striking Force) operating off the coast of Korea in the Yellow Sea, effectively checking the enemy. A month later Herbert J. Thomas was assigned to the blockading force on Korea’s east coast, and rendered highly effective gunfire support missions for our forces at Pohang, inflicting much damage on the enemy. While operating with the blockading forces, she furnished interdiction fire all along the eastern coast and fired a diversionary mission for British commandos who were landed from submarine Perch (SS-176) to destroy a vital railroad tunnel.