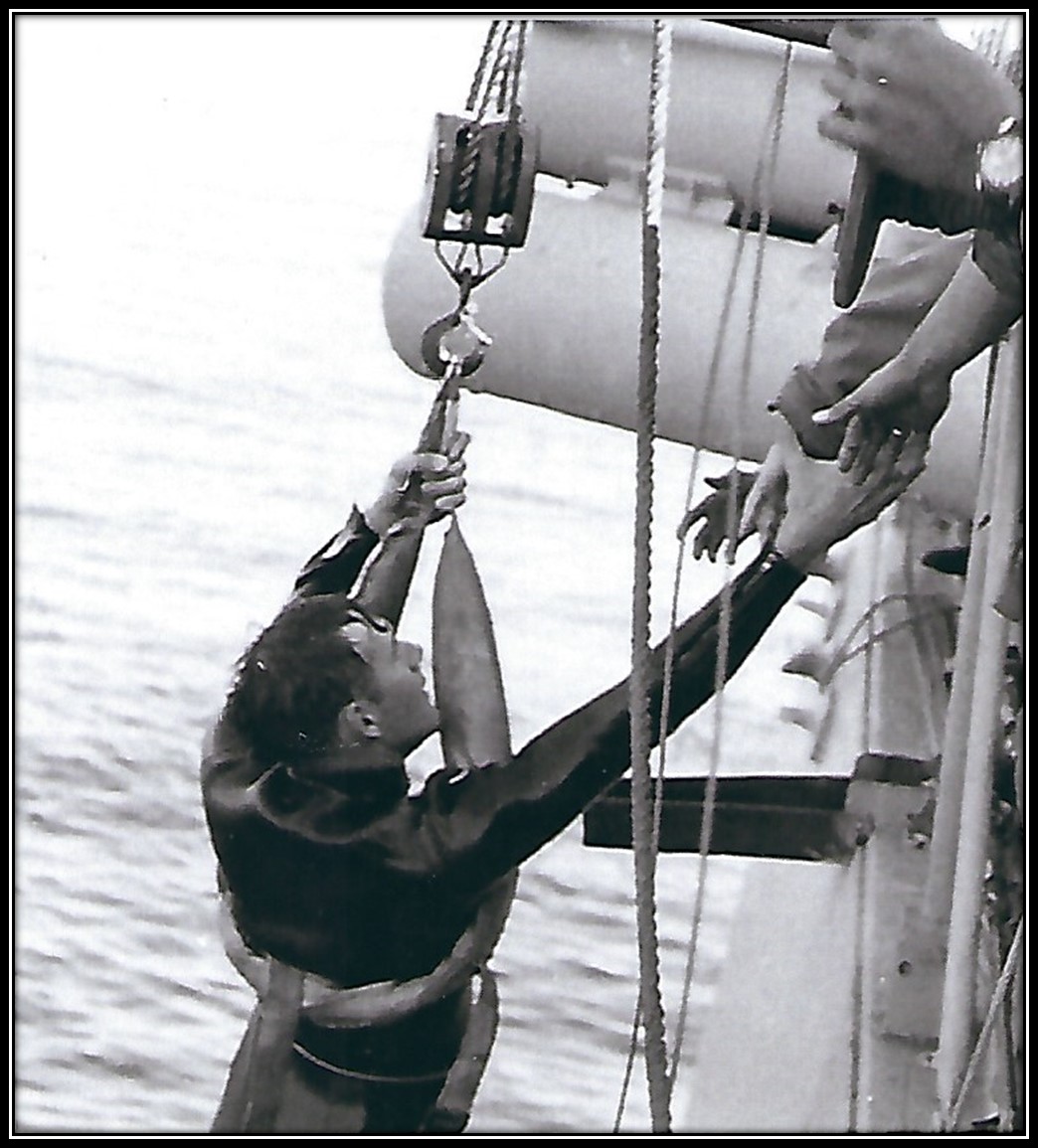 Lived in Portsmouth for 39 years 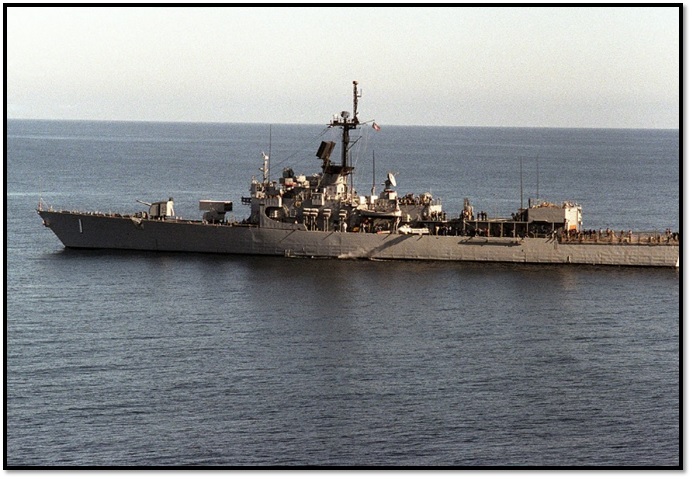 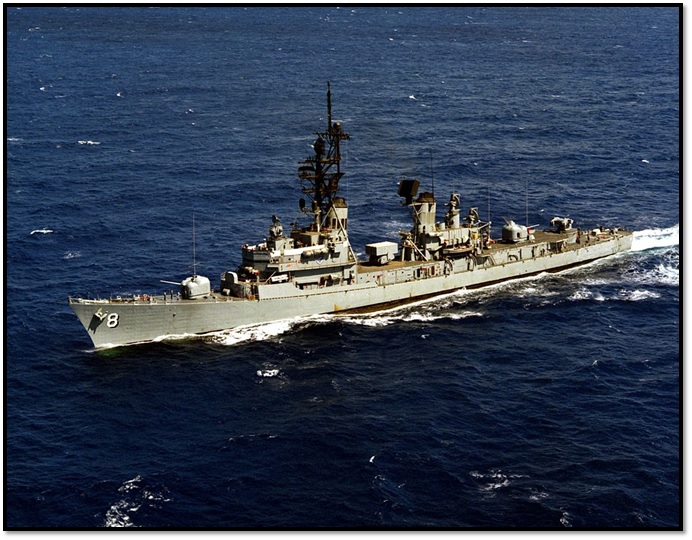 Assigned to the USS Brooke (DEG/FFG1). Fire Control Technician – Missile on her first Vietnam Cruise. Also served on the USS Lynde McCormick (DDG 8).
USS Brooke (FFG-1) was the lead ship of her class of guided missile frigates in the United States Navy from 1962-1988. She was named for John Mercer Brooke.
Laid down on 19 December 1962 by Lockheed Ship Building, Brooke was launched on 19 July 1963 and commissioned on 12 March 1966. Originally designated DEG-1, she was redesignated FFG-1 in 1975. She served in the Pacific Fleet and was homeported in San Diego, California.
USS Lynde McCormick (DDG-8) was a Charles F. Adams-class destroyer in the United States Navy.
Lynde McCormick (DDG-8) was laid down 4 April 1958 by Defoe Shipbuilding Company, Bay City, Michigan; launched 28 July 1959; sponsored by Mrs. Lillian McCormick, wife of Admiral McCormick; and commissioned at Boston 3 June 1961, with Commander Ernest S. Cornwall, Jr., in command.
1960s
Lynde McCormick departed Boston 23 August 1961 for her home port, San Diego, arriving 16 September. Early in 1962, she tested her missiles and antisubmarine weaponry in the Pacific missile range. Exercises and experiments continued in preparation for deployment to the western Pacific, for which she sailed 19 November 1962.
She arrived at Yokosuka on 6 December and within a week was on station with a 7th Fleet task group, taking up her part in the schedule of readiness training and exercises. Returning to San Diego 15 June 1963, she proceeded to Sacramento to help initiate its new deepwater port. All encompassing refresher training followed overhaul and modification at Hunters Point early in 1964, increasing her antiair warfare capabilities. A high state of readiness had been achieved when the Gulf of Tonkin incidents of 2 and 4 August escalated the Vietnam War.
In company with CruDesFlot 11, Lynde McCormick departed 5 August for a 6-month deployment along the Vietnamese coast, primarily in the screen for Bon Homme Richard and other aircraft carriers. She returned to San Diego 6 February 1965. Lynde McCormick spent the remainder of the year conducting coastal exercises, a successful competitive firing of her, missiles, and a summer cruise to Hawaii training midshipmen.
After anti-submarine exercises with the Royal Canadian Navy in January 1966, Lynde McCormick prepared for a third tour of duty in WestPac. She left San Diego on 1 March and 1-month later was shelling Vietcong bunkers and gun emplacements in the Mekong Delta. In May, she sailed up the eastern coast to support Yankee Station carrier operations against North Vietnam until August, when she sailed for her home port, arriving at San Diego the 26 October. On 27 October, she entered drydock at Long Beach for a thorough overhaul. This was completed 23 March 1967.
Refresher training began on 15 May, and was interrupted on 27 May when she rushed to the aid of a stricken crewmember of the ship 88 Pacific Comet. Lynde McCormick continued operating out of San Diego until 17 August, at which time she departed for another WestPac deployment.