Lived in Portsmouth for 52 years

Served onboard the USS Cadmus (AR-14). 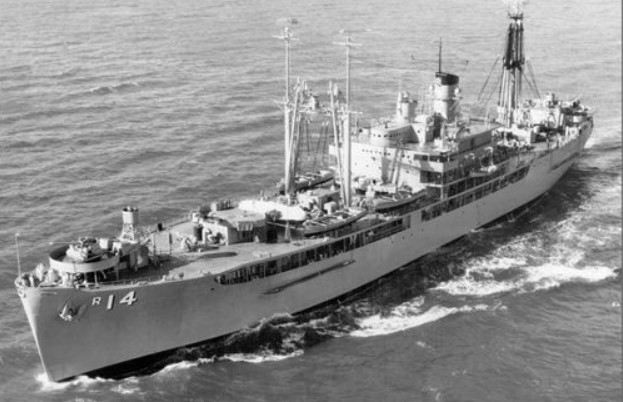 USS Cadmus (AR-14) was an Amphion-class repair ship of the United States Navy during World War II. Cadmus launched on 5 August 1945 by the Tampa Shipbuilding Company in Tampa, Florida, and sponsored by Mrs. B. P. Ward. Cadmus was commissioned 23 April 1946, with Captain J. M. Connally in command.

Assigned to the Atlantic Fleet, Cadmus operated from her home port at Norfolk, Virginia, as a repair ship.  Calls to east coast ports and cruises in the Caribbean were part of a schedule which called for service to the Fleet during major exercises.  On 3 September 1957, the repair ship cleared Norfolk on her first Atlantic crossing.  After taking part in NATO Operation Strikeback exercises with Task Force 88 (TF 88) out of Rothesay, Scotland, she visited ports in Scotland, France, and Spain.  Through the first half of 1958, she sailed with TF 63 in replenishment missions during fleet exercises in the Mediterranean.  From her return to Norfolk on 7 May 1958 through 1960, Cadmus continued her program of east coast and Caribbean operations.  Cadmus moved her homeport to Newport, Rhode Island in 1964.