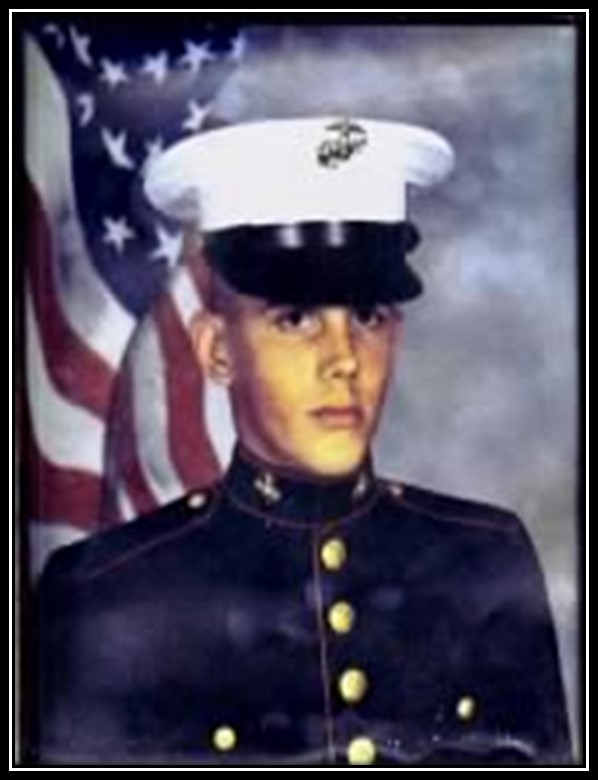 Program from the 34th Anniversary of the 1983 Beirut Barracks Bombings. 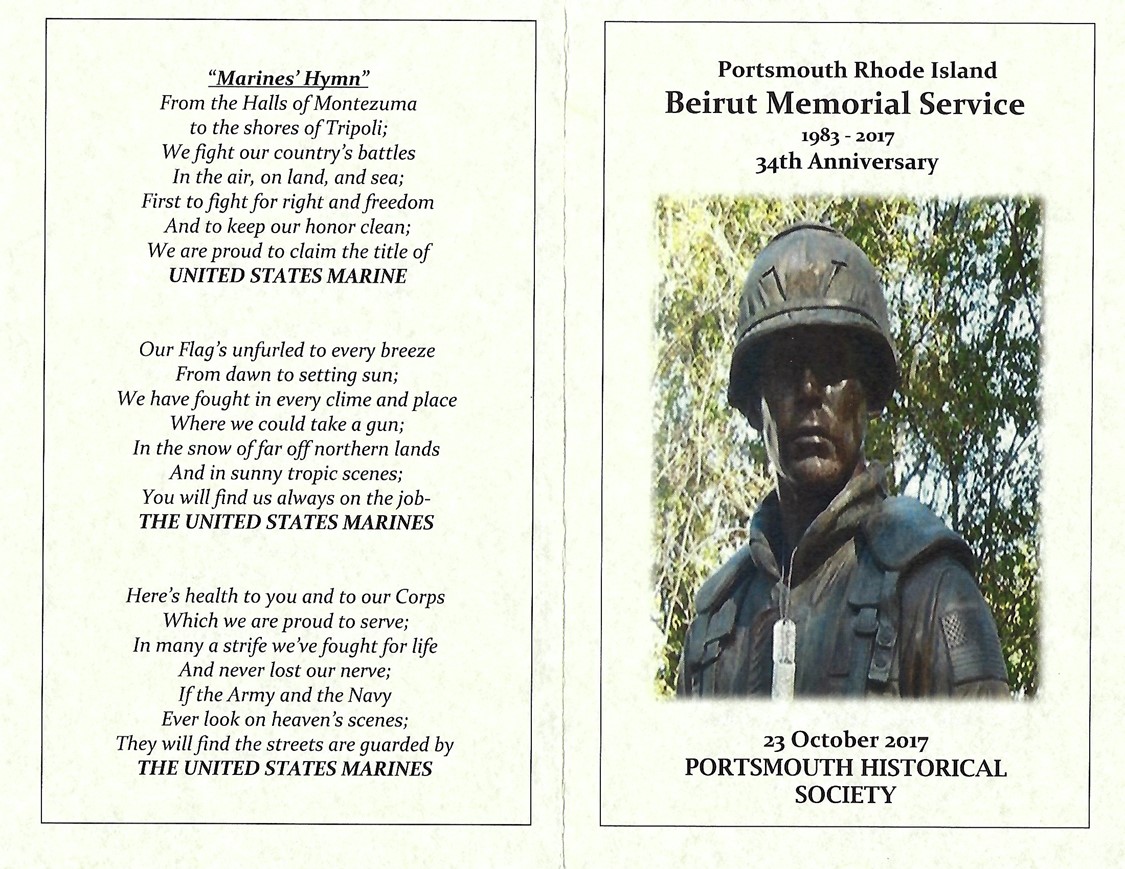 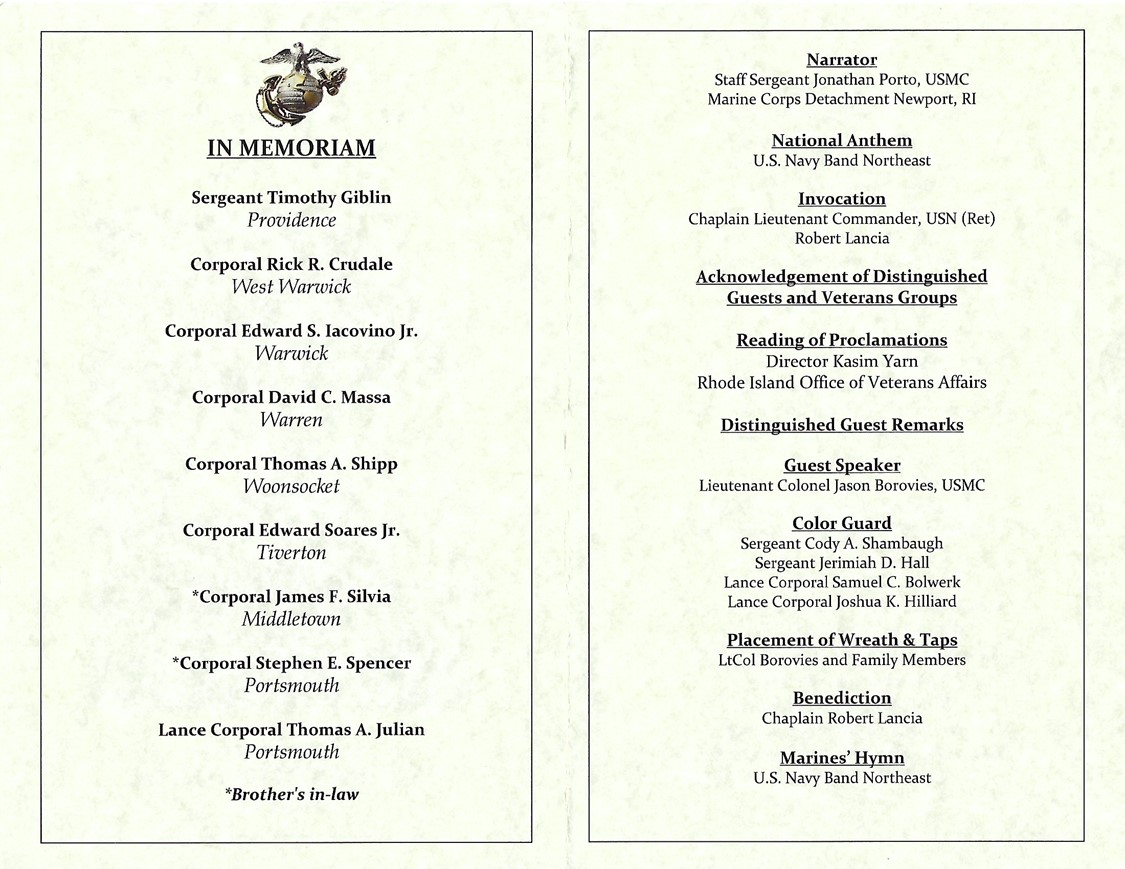 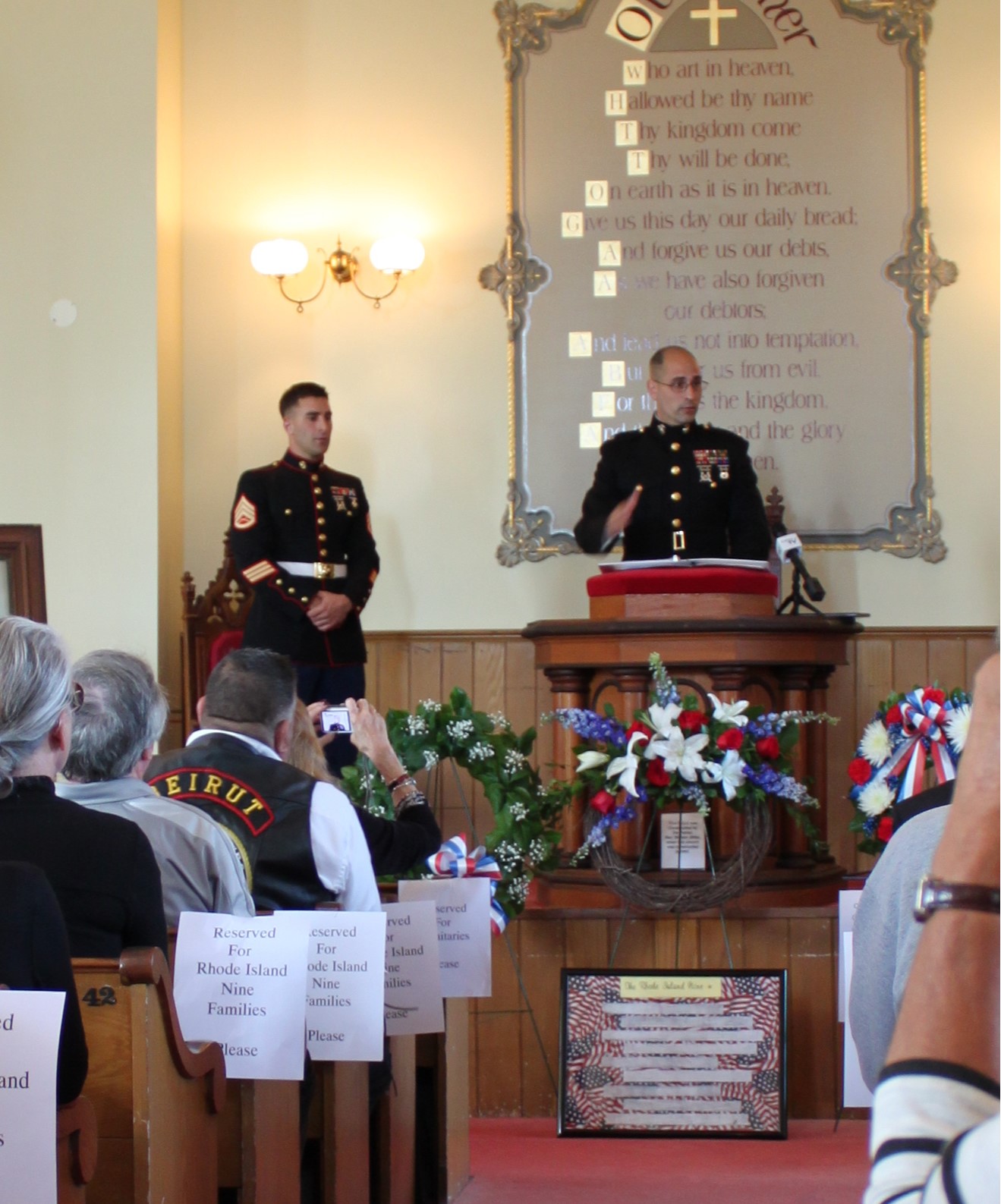 US Marine Corps Honor Guard outside the Portsmouth Historical Society 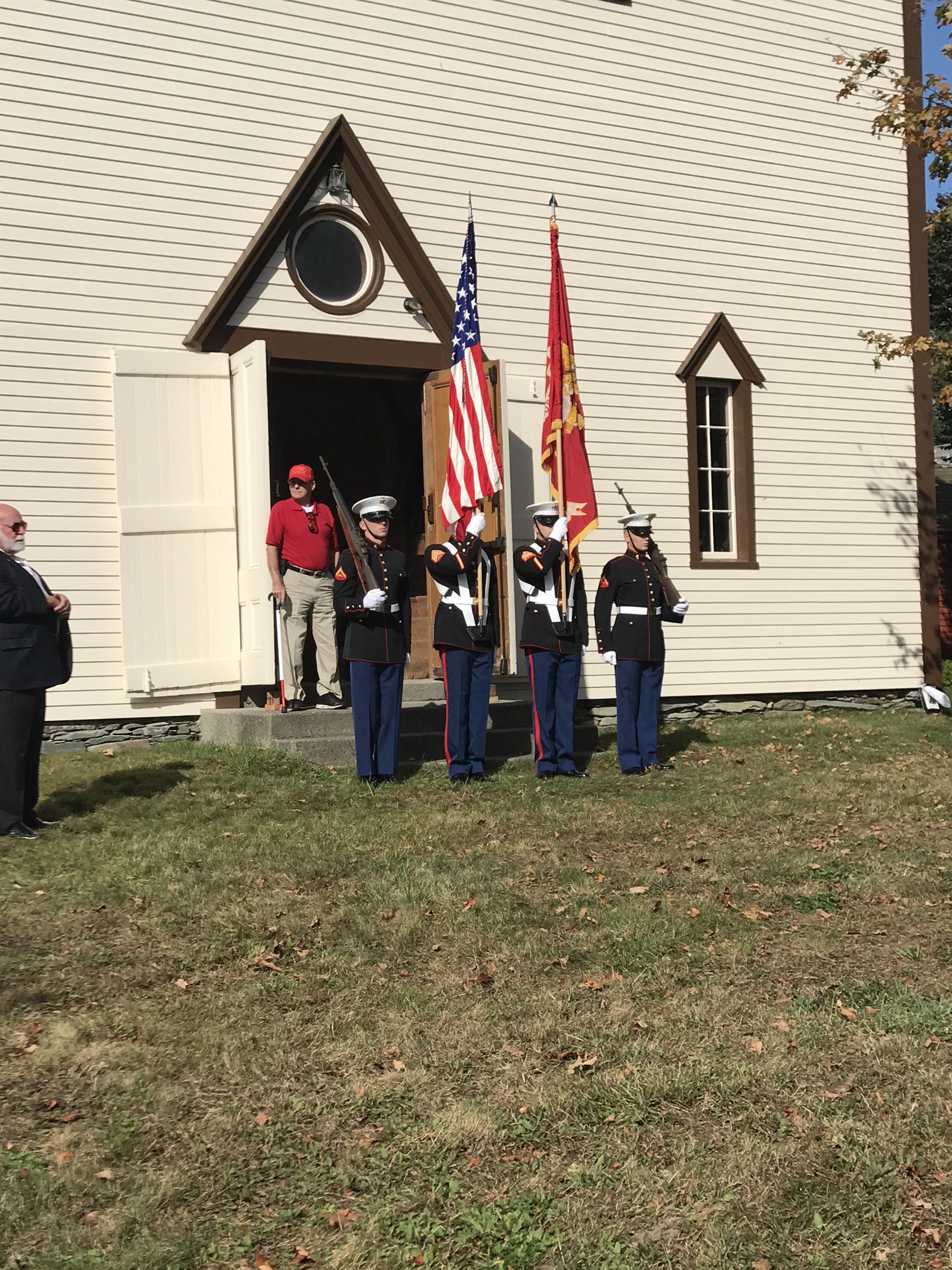 Wreath donated by the US Marine Corps.  Carnations representing the nine Rhode Island Marines who lost their lives in the attack. 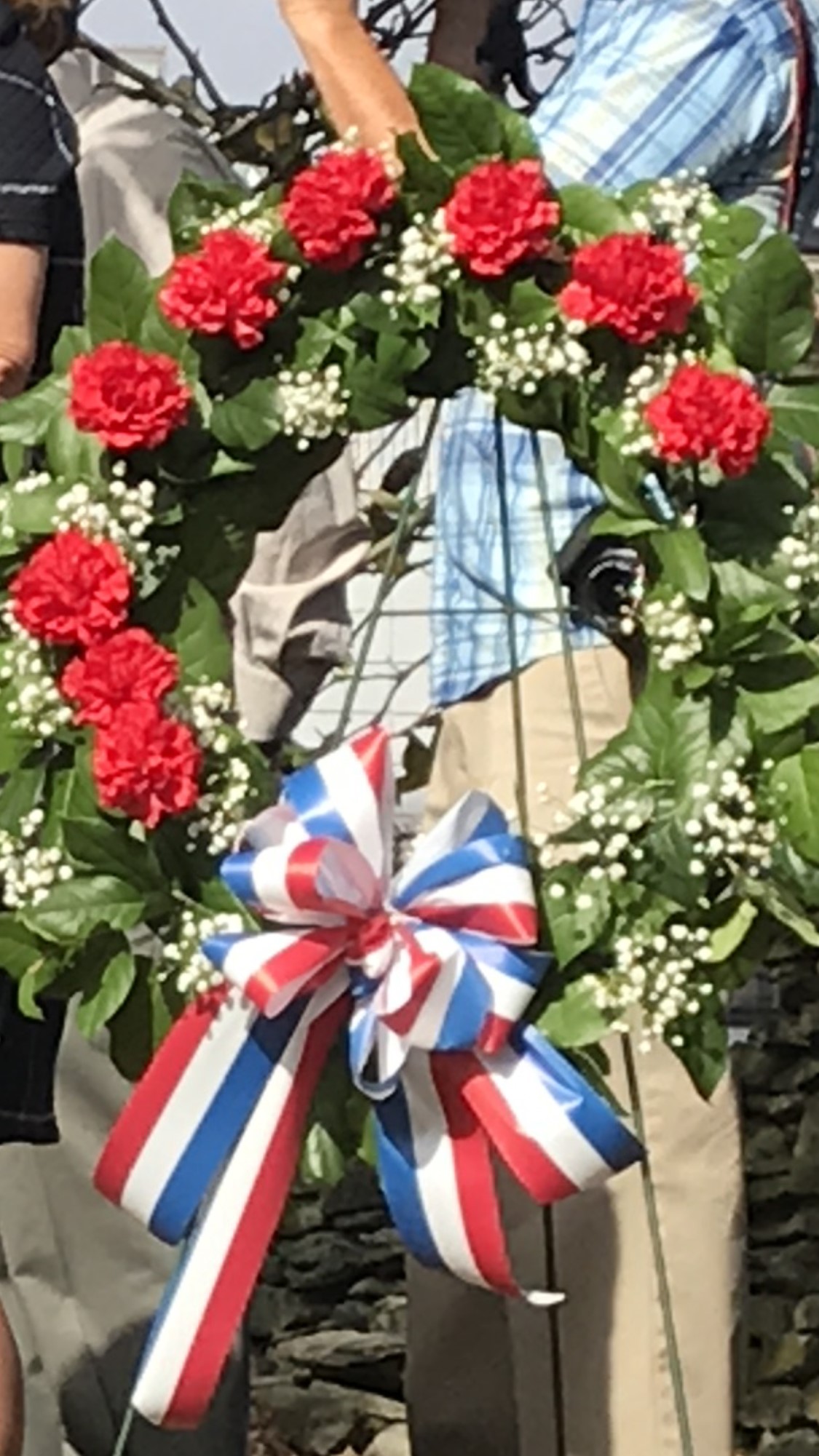 Wreath donated by the VFW Port 5390 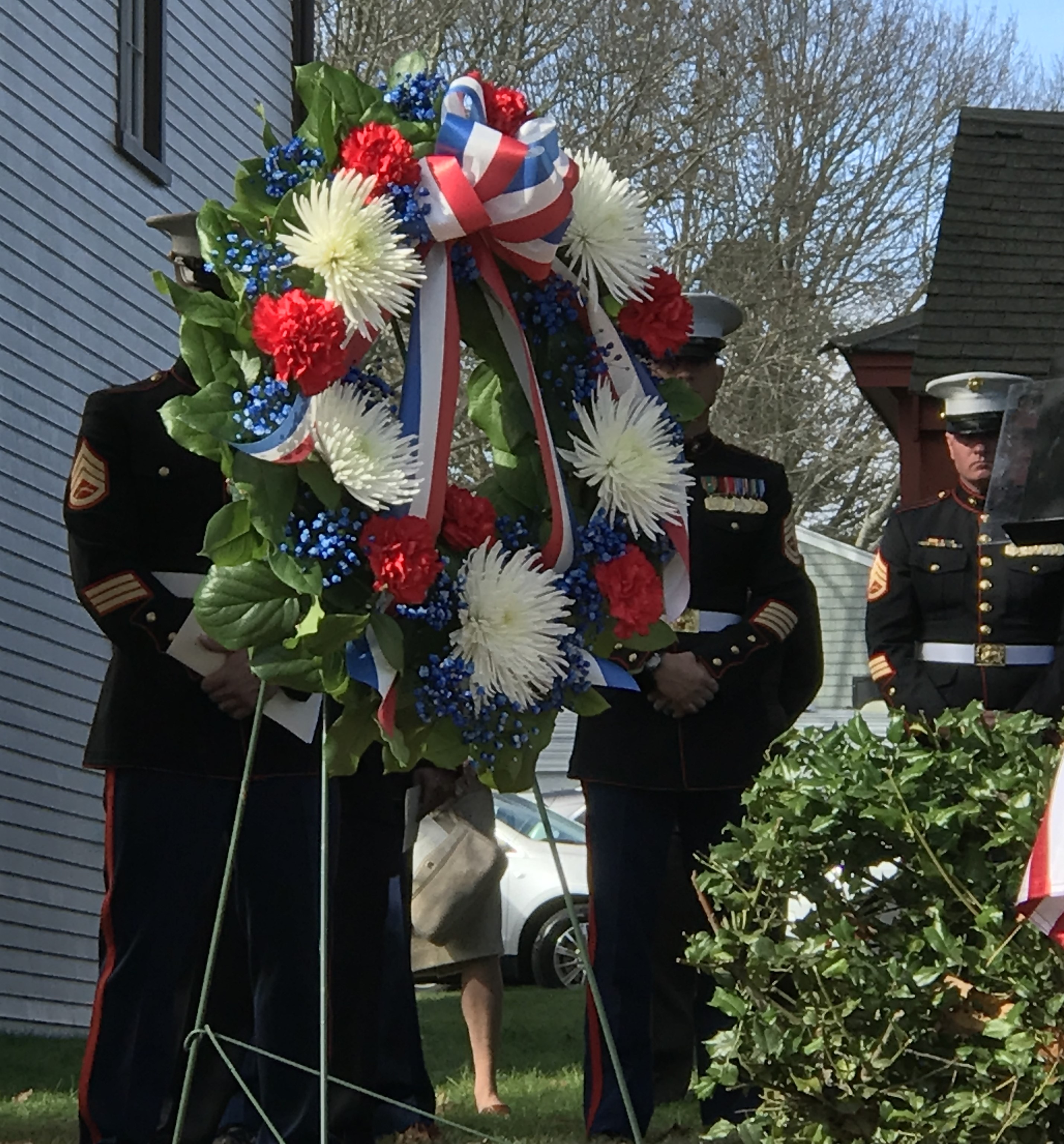 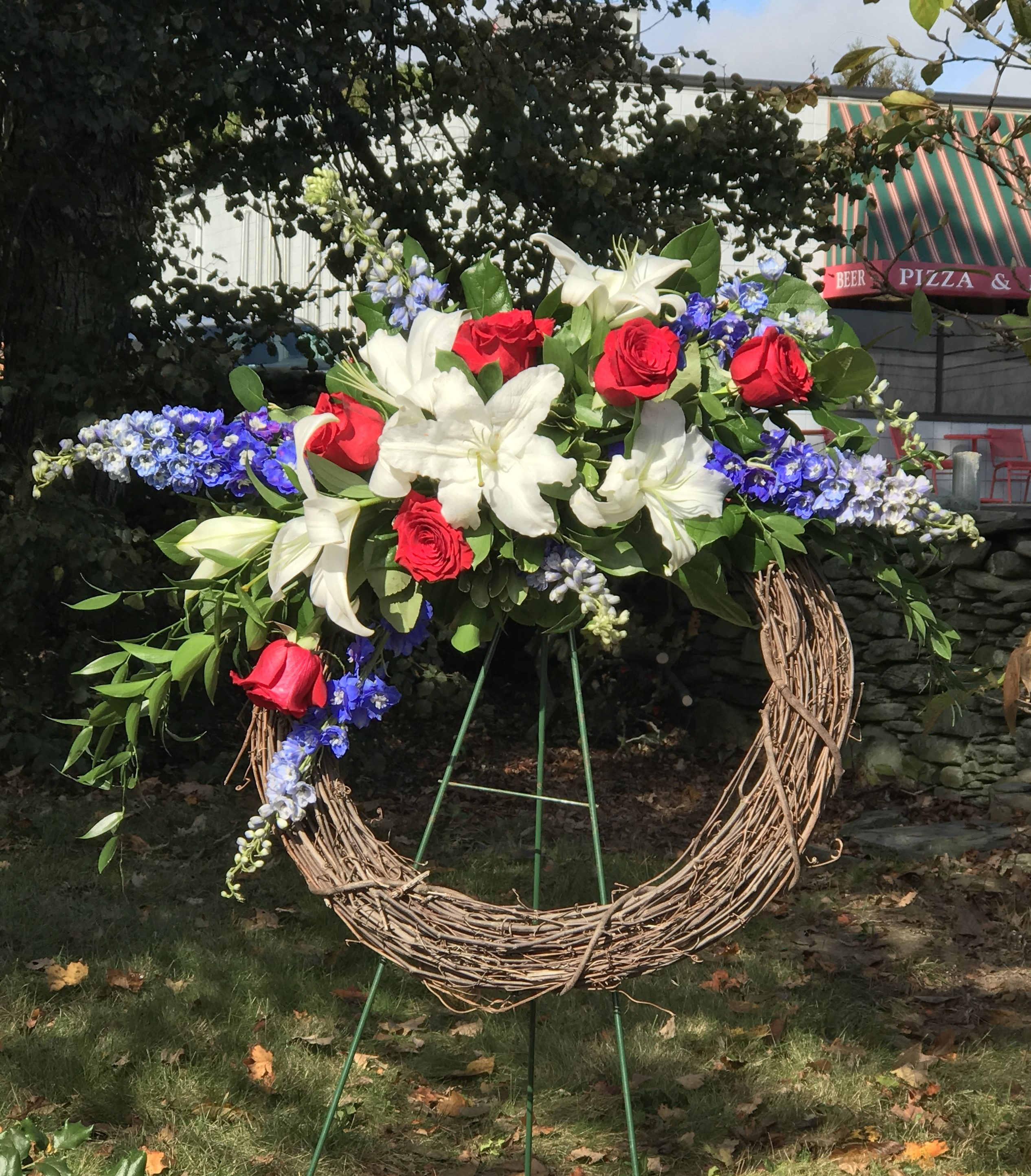 On the front grounds of the Portsmouth Historical Society is a stone that commemorates Rhode Island Marines who were killed in the bombing of the Marine barracks in Beirut, Lebanon on October 23, 1983. Since 1984 there has been a ceremony on October 23rd to honor these soldiers who were killed in a terrorist attack. Among those we honor is Lance Corporal Thomas Julian of Portsmouth, Rhode Island. Thomas Julian was very familiar with the Portsmouth Historical Society grounds. As a teenager he cut the lawn there.

Thomas Julian was an active teenager in Portsmouth. Newspaper accounts for the time list his awards earned while he was a Boy Scout with Troop 82 at St. Mary’s Church. In 1974 he earned the God and Country Award at that church. He was a 1979 graduate of Portsmouth High School.

In 1982 Thomas went through boot camp at Parris Island, South Carolina. As a private he was an Intelligence Specialist and was trained at the Expeditionary Warfare Training Group Atlantic Fleet, Little Creek Virginia. He became a Private First Class when he was stationed at Camp Lejeune in North Carolina.

By 1983 he was stationed in Beirut, Lebanon as part of the Multinational Force in Lebanon and served as a peacekeeper during the Lebanese Civil War. A terrorist organization used truck bombs to target American and French troops at their barracks. It is estimated that the bombs were equivalent to 21,000 pounds of TNT. The death toll was staggering. Americans lost over two hundred and forty troops. The French lost soldiers as well.

As you pass by the Portsmouth Historical Society, remember Thomas and the others whose promising lives were cut so short. Thomas was just twenty-one years old when he died.